Doug Goodkin (Level III, Course Director) Director) taught children from three years old through 8th grade at The San Francisco School for 45 years before retiring in June, 2020. He continues a rigorous schedule of giving Orff Courses throughout the world, both on Zoom and live, keeps an ongoing blog and performs with his jazz group Doug Goodkin & the Pentatonics. He is the author of 10 books, most recently Jazz, Joy & Justice: The Stories Every American Should Know and Teach Like It’s Music: An Artful Approach to Education. Doug received the Orff Pro Merito Award in 2000 and AOSA’s Distinguished Service Award in 2018.

James Harding (Level II) II) teaches children from preschool through middle school at The San Francisco School, where he has taught since 1990. James was local co-chair of the 2007 Orff National Conference, gives workshops throughout the U.S. and Canada and has also taught in Australia, Argentina, Brazil, Canada, England, Ghana, Hong Kong, Romania, Singapore, Slovakia, South Africa, Spain, Thailand and at the Orff Institute in Salzburg, Austria. He studied classical clarinet at Yale University and the
Mozarteum in Salzburg, played Balinese music in Gamelan Sekar Jaya and studied Mexican harp. James is the author of the highly-acclaimed From Wibbleton to Wobbleton, 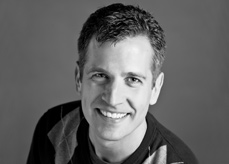 Paul Cribari (Level II) works in the Cherry Creek School District in Colorado where he is an Instructional Facilitator for the K-12 Performing Arts. Paul received his Master of Arts in Orff Schulwerk from the University of St. Thomas, and his Doctorate in Music Education from Boston University. In addition to his work with children Dr. Cribari teaches levels I, II, and III of Orff Schulwerk at Southern Methodist University, Metropolitan State University of Denver, and the San Francisco International Orff Schulwerk Course. Dr. Cribari is a regular clinician for local chapters of the AOSA and has presented sessions at state and local conferences as well as numerous National Conferences of the AOSA. Internationally, Dr. Cribari has presented for Orff SIMEOS in Verona, Italy and in Hong Kong. He recently published his first book, THE ELEMENTAL STYLE: A Handbook for Composers and Arrangers with co-authur Rick Layton

Sofía López-Ibor (Level I) studied flute, recorder and music education at the Royal Conservatory of Music in Madrid, Spain and is a graduate of the two-year course at the Orff Institute in Salzburg, Austria. She is past-president of Orff España, co-directs their summer course and teaches seminars and courses throughout the world. She is the co-author of Quien Canta Su Mal Espanta and author of the groundbreaking Blue is the Sea: Music, Movement and Visual Arts in the Orff Schulwerk and co-author of Music From Five Continents. With over 37 years of experience teaching children of all ages, Sofía completed her 23th year at The San Francisco School. She has received the Herbst Foundation award and the Medallion of Honor from the Orff Forum in recognition of her work in training teachers throughout the world.

Andrea Donahoe (Level I)Andrea has taught music and movement to preschool through junior high students for the past 14 years, currently teaching elementary students at Head-Royce School in Oakland, CA . She earned her BA in Music Education at Augustana College in Rock Island, Illinois. A graduate of the SF International Orff Course (2008-10) and the San Francisco School Orff Intern Program (2013), Andrea completed her AOSA Teacher Educator Apprenticeship at SMU with Michael Chandler and Meg Tietz. She serves as the Vice President of the Northern California Orff Schulwerk Chapter and has present workshops and taught in conferences at the local, state and national level. 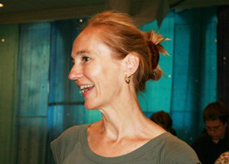 Christa Coogan (Movement Levels I,III) is on the faculty of the University for Music and Theater in Munich, Germany. She also works with students of all ages in public schools and in refugee organizations. Christa has been teaching at the Orff Institute for more than 20 years and has been with the SF International Orff Course since 2003. She is a member of the program team of the European Mentorship Programme in OSW Pedagogy. Christa teaches master classes and chapter workshops in the USA and has presented at AOSA national conferences. She also teaches in Europe, Asia, North and South America as a movement specialist in Orff Schulwerk. Christa received her BFA degree in dance from the Juilliard School and her Master Degree in Dance Studies from the University of Salzburg.

Estevao Marques (Movement Level I, II) is a percussionist, dancer, author and educator from Sao Paulo, Brazil currently living in Barcelona, Spain. A graduate of the San Francisco International Orff Course, he has given numerous courses and workshop in Brazilian folklore and percussion throughout Brazil and in Colombia, Argentina, Turkey, Spain and the U.S.A. He is the author of two books Colherim and Historias que Cantam and the co-author of Brincadeiras e Brincadeirinhas Musicais Palavra Cantada. all of which have received recognition for their innovative ideas for arts education. He performs regularly with various groups in Sao Paulo and teaches both children and adults.

Michael Chandler (Recorder, Level I)Michael Chandler is an Assistant Professor of Music and Coordinator of Music Education at Austin Peay State University in Clarksville, Tennessee. Michael taught music and movement to children in Texas public schools for 16 years and was named Teacher of the Year at two different elementary campuses. His student ensembles have performed by invitation at the Texas Music Educators Conference in San Antonio in 2013, 2007, and 2005. Michael has taught workshops and conference sessions in 38 states, the District of Columbia, and Puerto Rico and has taught all three levels of Orff Schulwerk basic and recorder in AOSA-approved teacher education courses across the United States. He is the author of Everyday Recorder, Recorder Everyday! a classroom resource for introducing the recorder in Orff Schulwerk classrooms. Michael’s publications have appeared inThe Orff Echo, The Southwest Musician, and Update: Applications of Research in Music Education.

Eloi Fuguet (Recorder, Levels II, III)studied recorder in Barcelona and Amsterdam with Josep Maria Saperas, Walter van Hauwe and Pedro Memelsdorff among other teachers. Graduate of the SF International Orff Course, he is currently the recorder teacher at the ECMM Vilanova i la Geltrú and director of the amateur recorder orchestra Consort Pere Serra. He performs in the Renaissance ensemble Fortuna d’un Gran Tempo and the recorder quartet Windu. He is also the music programmer of the Eduard Toldrà Auditorium and co-founder of the independent label of classical music Beltempo Records. 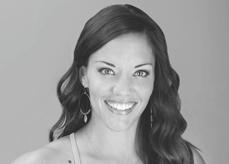 Kit Abele (Registrar) was a Music Specialist at Alta Vista Elementary School in Los Gatos, CA before temporarily taking time away to raise her two small children. She is a graduate of the SF International Orff Courses (2007-2009) and attended the Special Course at the Orff Institute in Salzburg, Austria (2010-2011). She has been the SFIOC Registrar since 2011.

Rachel Knight (Assistant Registrar)is a music teacher at Encinal Elementary School in Menlo Park, CA. She is a graduate of The San Francisco International Orff Courses (2013-2015) and attended the Orff-Afrique Master Class in 2016. She is the current treasurer of the Northern California American Orff Schulwerk Association. She has been the SFIOC Assistant Registrar since 2016.